1. You’re a casting agent. Tell me, what two stars who never acted together would you most like to see in a film?


Frank Sinatra and Ava Gardner -  I'd like to see if their off screen heat translated onto the big screen.

2. What is your favorite line in a movie?

"It took 15,000 men to take my place." Emma's (Mary Wickes) response to General Waverly (Dean Jagger) when he said he got along fine in the army without her. ~ White Christmas (1954)

3. What is your favorite Alfred Hitchcock film, and briefly…why?

Lifeboat (1944) - I love Tallulah Bankhead's character: a tough writer who arms herself with a typewriter and lipstick. 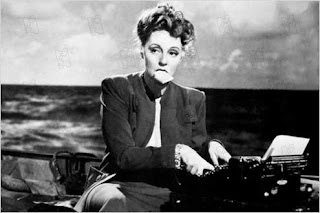 4. Clark Gable or Cary Grant? Why?

Cary Grant, no doubt! I like a guy who can make me laugh. Plus he's sexy, charismatic, and could help me wrangle a leopard should the need ever arise. 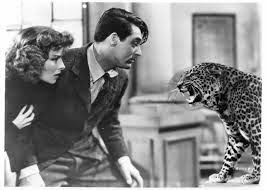 5. What movie should never EVER become a re-make?

6. What classic film star would you like to interview? Full disclosure. They’d hold nothing back during your interview.

Frank Sinatra - He knows where the bodies are buried. After all there must be a reason why his people put the pressure on Gardner not to continue working with Peter Evans on her biography (per Evans). 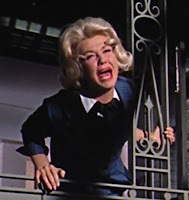 7. What movie or actor or actress (pick one) was absolutely, positively, unequivocally robbed of an Academy Award? For what film? Briefly, why should he/she/it have won?

Doris Day in Midnight Lace (1960) - The fear is real. Day unintentionally tapped into her experiences as an abused wife (first marriage). She was a natural actress who never got the credit she deserved from the Academy.

8. What classic film star, at the height of his or her fame, would you like to show up with you at your prom?

I'm with Leah from Cary Grant Won't Eat You on this one. I would absolutely love to dance with Fred Astaire on any occasion. 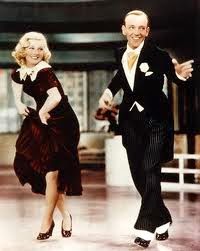 9. Which endings resonate MORE with you: movies with happy endings or movies with sad endings? ( Do NOT say, “that depends” ). Name the film. And why?

I'm a sucker for happy endings. The More The Merrier (1943). It probably won't work---no, I refuse to believe that--but aren't Jean Arthur and Joel McCrea so gosh darn cute together!

Marilyn Monroe for both (bet ya didn't think that was possible). Let me explain. Her sexuality is way over-hyped while her acting ability is generally overlooked. I say generally because I think people are finally beginning to appreciate her work as opposed to her body. 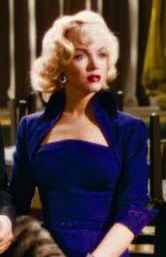 Lorelei Lee: I can be smart when I want to.

11. If you didn’t have classic films in your life, where else would your passion lie? What would your hobby be?

Dancing, of course! I haven't taken a dance class in years. Would love to get back on the floor.