This post is part of the Order in the Court! Blogathon hosted by Theresa at CineMaven's Essays from the Couch and Lesley at Second Sight Cinema. To read more judicial posts, click here. 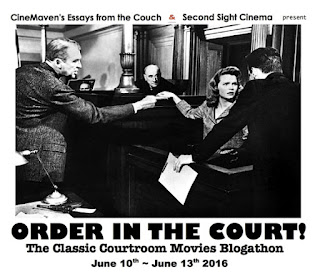 To write about a classic film that brings the audience into the courtroom.


People Will Talk (1951) is the first movie Joseph L. Mankiewicz took on following his Academy Award-winning film, All About Eve (1950). The film is based on a 1934 German play written by Curt Goetz, which was later made into a German film, Frauenarzt Dr. Pratorius (1950). According to film critics, Mankiewicz maintained that People Will Talk was a response to an unpleasant medical experience although parallels have been made between Praetorius' hearing and the House Un-American Acts Committee (HUAC) hearings, which resulted in the blacklisting of hundreds of Hollywood artists.

The hearing in question does not occur until the last twenty minutes of the film. Advertising indicates that Jeanne Crain's character, Deborah Higgins, will be key in the discussion: 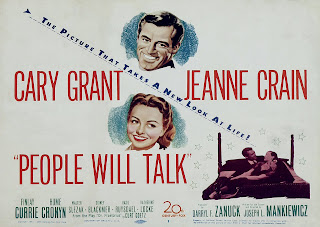 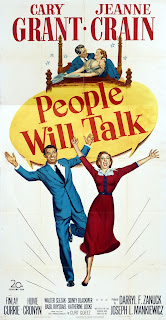 The posters promise a "new look at life" and include a picture of Cary Grant and Jeanne Crain in bed.

The trailer strings together every cut of Grant and Crain embracing and declares the movie is "all about men, maids, morals and more" (the all about to remind us about Mankiewicz' last hit,  All About Eve).

Deborah Higgins is not part of the final case brought against Dr. Noah Praetorius (Grant) despite her condition giving 1950s audience plenty to talk about: an unwed pregnant woman, admittedly unable to remember the father of her baby as well as she should, who attempts suicide yet still goes unpunished by censorship codes.

Through his reaction to Deborah and her family (side note - here Mankiewicz inserts commentary, not present in the German film, on unfair government practices in relation to farming), viewers get to know Praetorius, much as he gets to know his patients. 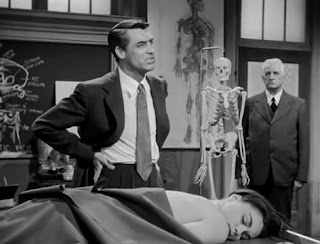 Praetorius reminds a group of medical students in his first scene, "Anatomy is more or less the study of the human body. The human body is not necessarily the human being." Likewise, the man on trial is more than a body; he is a human being. 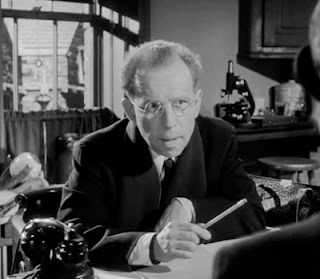 Although he is careful to work under the guise of faculty committee and not outright declare himself the accuser, Professor Elwell (Hume Cronyn) is the mastermind behind Praetorius' hearing. Elwell is all policy and procedure, zero heart. When Elwell is late to a meeting, Praetorius is surprised Elwell has revealed a "human weakness," especially as "he would be the last to tolerate it in anyone else." (Think Tracy Lord in the beginning of Philadelphia Story.) Elwell does not approve of Praetorius' manner with patients or how he heals without following strict medical guidelines. Professional jealousy motivates Elwell's actions. 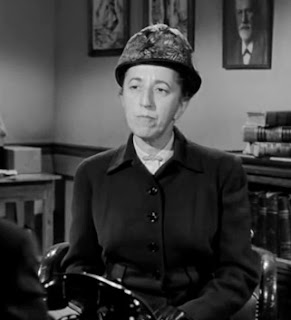 Unlike the film's German counterpart which begins with images of Shunderson letting Pratorius into the clinic's grounds, the first images in People Will Talk are of Professor Elwell letting Sarah Pickett, Praetorius' former housekeeper, into his office so he might gather proof of Praetorius' supposed malpractice. Sarah Pickett is portrayed by none other than Margaret Hamilton, most famous for her role as the Wicked Witch of the West in The Wizard of Oz. Coincidental? If so, what luck! It certainly sets the tone of the movie: this is a witch hunt.

Pickett's information doesn't seem incredibly damning. Fifteen years prior, in her little backwoods town of Goose Creek, Praetorius was viewed as a miracle worker and a healer, who could "talk a body into being well" in addition to using the traditional tools of powders, syrups, pills, and shots. When Elwell questions her about Shunderson ("the most important subject of all"), the man who is mysteriously close to Praetorius, she informs him that Shunderson was known as the "Bat" in her town.


Dr. Noah Praetorius may be the individual on trial, but what is really under scrutiny is the medical profession. The first part of the hearing focuses on the philosophical approach to caring for the ill. Is a doctor's job "to make sick people well" regardless of the means?

In Goose Creek, Praetorius set up shop as a butcher but did not openly display his medical degree. By so doing, he was able to cure a great many people who otherwise would not have trusted, as Pickett described earlier, "a school doctor, out of books." Elwell is bothered that Praetorius' business thrived because of the townspeople's desire to believe in a miracle worker over the power of scientific knowledge. 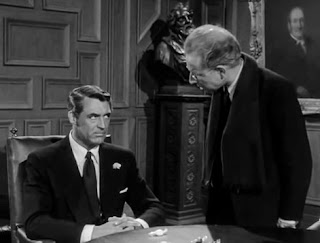 Elwell: Do you deny that at that time your patients were under the impression that you were a butcher and not a doctor?
Praetorius: Do you prefer the impression given to their patients by so many of our colleagues that they are doctors and not butchers?

Praetorius believes that faith "injected" into a patient can be just as powerful as scalpels and pills. He cautions the practice of medicine not to lose sight of the human being, not to become mechanical lest practitioners "eventually evolve into electronic doctors."

When Elwell fails to discredit Praetorius based on his practice in Goose Creek, he brings up the doctor's relationship with Shunderson (Finlay Currie) whom he has discovered is a convicted murderer. When pressed about Shunderson, Praetorius refuses to divulge information about him. (Praetorius' refusal prompts comparison to artists who refused to "name names" during HUAC hearings.) 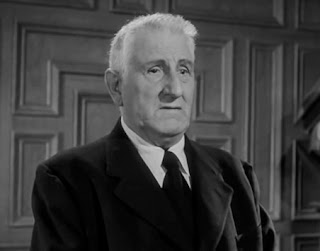 Shunderson enters the room in the nick of time and insists upon telling his story as he knows Praetorius would never betray him. The narrative is quite a doozy. For the sake of readers who have never seen People Will Talk, I will leave this piece of the plot a mystery.


Suffice it to say, Praetorius is cleared of all charges after Shunderson shares his story. Once everyone has left the room, Shunderson calmly puts Elwell in his place: 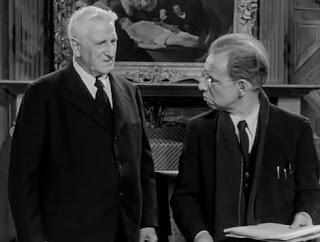 Professor Elwell, you're a little man. It's not that you're short, you're...little. In the mind and in the heart. Tonight you tried to make a man little whose boots you couldn't touch if you stood on tiptoe on top of the highest mountain in the world. And as it turned out, you're even littler than you were before. 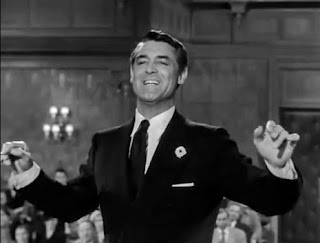 Praetorius conducts the faculty/student orchestra whose performance was inconveniently scheduled (by Elwell) the same night of the hearing. 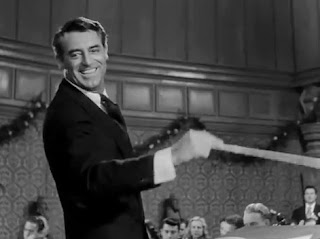 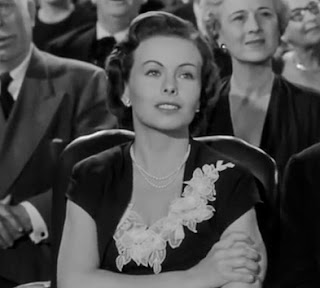 Praetorius looks back at Deborah, who has just felt the baby kick.

People Will Talk is a quirky little movie, at times feeling like a drama, then comedy, romance, and even mystery, which is why it's my go to movie when I don't know what I feel like watching. Witty dialogue that you can sink your teeth into makes it ideal for repeat viewing--I pick up new zingers each time. And as much as I love pure fluff, this movie has meat to it with social messages that are as important and relevant now as they were then. Biggest bonus: *sigh* Cary Grant. Both he and Jeanne Crain are simply fabulous.

Interested in viewing the German version, Frauenarzt Dr. Pratorius (1950)? It is currently available on YouTube. Warning - no subtitles, I viewed the film for this post and had to go off of prior knowledge of the film and body language.
Posted by Bonnie at 9:00:00 PM