Beyond the Cover: Alice Adams 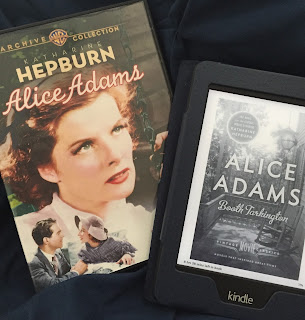 This post is part of the Beyond the Cover: Books to Film Blogathon hosted by Now Voyaging and Speakeasy. For more fabulous entries, click here.


Until a few months ago, I avoided Booth Tarkington's novel, Alice Adams. Like its heroine, I preferred to be willfully ignorant of reality and believe in RKO's fairy tale film ending. The idea that there was an alternate universe in which Alice did not get her happily-ever-after bothered me. By not reading the novel, I denied its existence.

You see, growing up, I related to Alice's desperate need to hide a socially unacceptable home life in order to avoid judgment from the crowd. I understood her desire to fit in where she did not belong, to become more than what she was dealt at birth. I felt her rejection in spite of her best attempts to project normalcy. 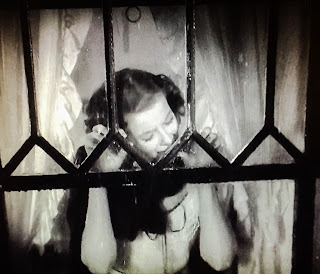 After the party, Alice (Katharine Hepburn) weeps. Weeks of planning and dreaming have been dashed. She has been repeatedly snubbed by her peers and embarrassed by her wilted homemade corsage, out-of-fashion dress, and a brother who would rather gamble in the coat closet than dance with her. 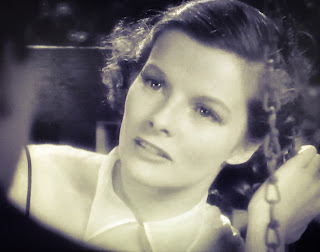 When the truth comes out:
Well--but I haven't driven you away.
And yet you've gone. 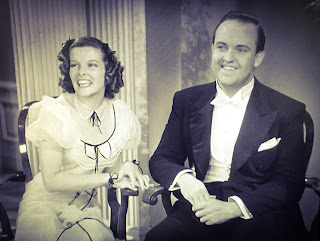 
The movie says yes to these dreams, anything is possible. If you want it bad enough, it will happen. If you build it, he will come (to quote a line from my hubby's fave film).

Despite years of immense effort to believe in RKO's ending, no matter how many times I watched the film, the final shot just didn't ring true. Even Alice tires of the charade, and I had come to that point. 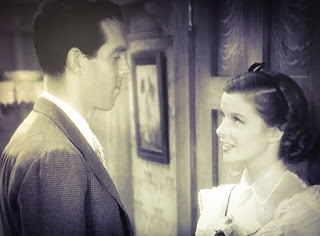 Let's go out on the porch where we belong.
Alice to her beau, Arthur Russell (Fred MacMurray) - She knows it is over.


During winter break, I was ready to face the music and dance, to read the ending that George Stevens and Katharine Hepburn fought for, but lost. The ending where, according to Hepburn, "[Alice] doesn't get the man, and she finally faces the realities of life and goes to work."

True to what I have read, George Stevens' Alice Adams (1935) is remarkably faithful to Booth Tarkington's novel. Except for MacMurray's "I love you" and Hepburn's "Gee whiz!", the dialogue, the mannerisms, the heart-breaking dance and dinner scenes mimic Tarkington's written words. I am proud to say the film eliminated the racial slurs found in the Southern writer's work. Alice's brother was also given a happier ending than in the novel.

The final page that I so dreaded was nothing like I envisioned. There was no weeping or hung shoulders or epitaph of the working girl who lived a life of drudgery and never found love. Indeed, these were Alice's own fears every time she gazed up the stairway that led to secretarial work: 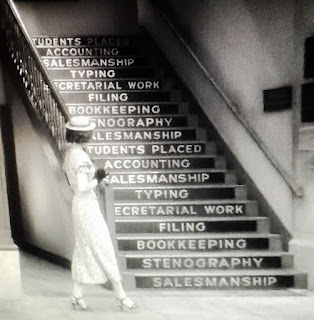 How often she had gone by here, hating the dreary obscurity of that stairway; how often she had thought of this obscurity as something lying in wait to obliterate the footsteps of any girl who should ascend into the smoky darkness above!

When she at last ascends the stairs, she discovers her fears were in vain:

Half-way up the shadows were heaviest, but after that the place began to seem brighter. There was an open window overhead somewhere, she found, and the steps at the top were gay with sunshine.

There is peace and hope in Tarkington's ending. In dropping the façade and