This post is part of the Star-Studded Couple Blogathon hosted by Phyl over at Phyllis Loves Classic Movies. Click here to read more fabulous posts about star couples. 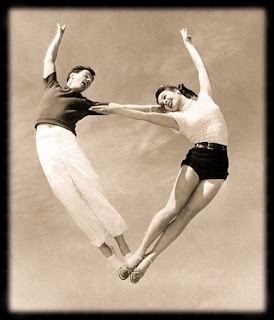 Four of their seven films 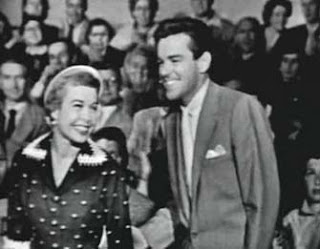 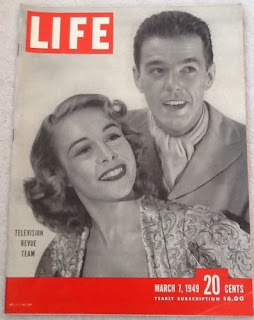 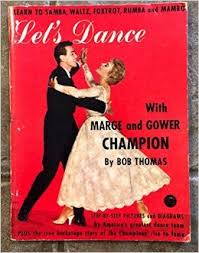 To get an idea of how big they were, take a look at this signage cameo in Meet Me in Las Vegas (1956):

They are among the barrage of big name Vegas acts in the film: Sinatra, Sammy Davis Jr., Donald O'Connor. American pop culture icons.


Their marriage and popularity drew parallels to an earlier married dance pair, Irene and Vernon Castle, who--by the way--also wrote an instructional book on how to dance. 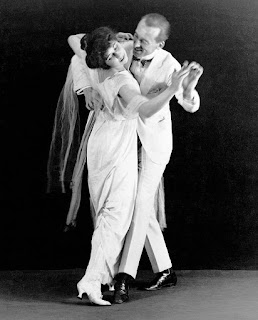 
Marge and Gower's ballroom dancing is full of emotion, each routine telling its own story. Take the numbers in Lovely to Look At (1952). "I Won't Dance" is a playful number in which Gower's character pursues his lady love--portrayed by none other than Marge (click here or see below), who resists his advances. In contrast, the choreography for "Smoke Gets in Your Eyes," is a blend of wistfulness and romantic triumph (click here or see below).

"Smoke Gets in Your Eyes"


In an Archive of American Television interview, Marge credits former husband Gower for bringing the "conceptions" to the partnership while she brought the "ability to connect with an audience." If this is their special mixture, it works. The end result is art in motion.

The funny thing is Marge and Gower never set out to dance with each other. They went to school together in Los Angeles, each had an interest in dance, but a partnership did not occur to them. They met again in New York after World War II, but romance became their focus. 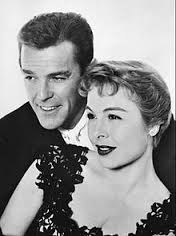 In addition to dancing, Marge says they had many things in common--including cats and artichokes. Love it! - Image Source

It was only when Marge was contemplating teaming with Paul Godkin, a Broadway colleague, that Gower intervened and said if she was going to dance with anyone, it was going to be with him. And so began a partnership that would include marriage in 1947, two sons (Gregg and Blake), and numerous achievements.

Marge and Gower eventually divorced in 1973 - Marge cited living on different coasts as being one of the factors for the split. Fortunately, their dance partnership will forever be preserved on film for future generations to enjoy. 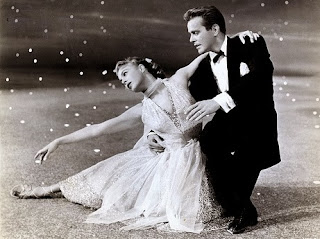 P.S.: At the time of this posting, Marge is still alive and going strong. She continues to dance every day and was recently the subject of a short film, "Keep Dancing," which you can view here (free viewing for a limited time).