Or is it Hope and Crosby???

When it comes to dueling divas, Bing Crosby and Bob Hope are probably not the first pair that come to mind. However, during their Road movies, the two got into plenty of "duels" - 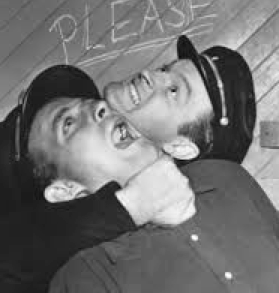 over women--Dorothy Lamour in particular, 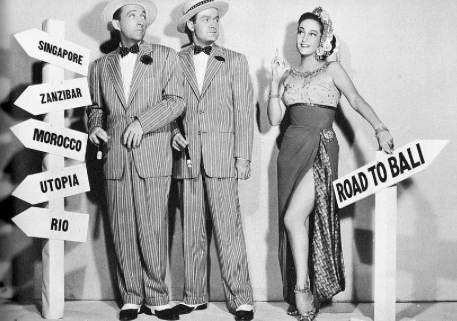 and over who delivered the best line. 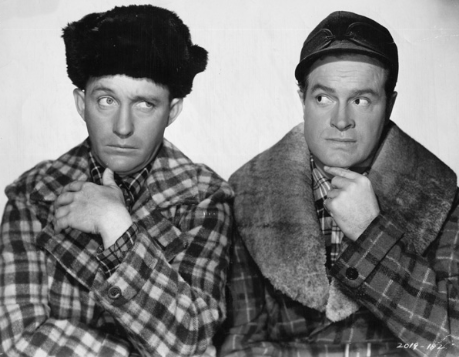 This last bit is what initially got me thinking about the two as dueling "divas." Legend has it that each actor hired writers to improve his part. The idea was to knock the other fella off his game and get the biggest laugh. As much as I wanted to believe this behind the scenes competitiveness, I could not find a source that substantiated the story. Instead, I found the kernels of truth in the tale. The boys did in fact hire writers to beef up the script. From all accounts, though, it was a joint endeavor. There was also plenty of improv on the set--especially in the earlier films before Crosby and Hope were getting a cut of the profit (less antics on set = less time to make the movie = more money in their pockets). However, the improvisation was not so much about competing with the other guy as it was just plain clowning around.

The diva-ish rumor may have also been fueled by a discrepancy between the Crosby and Hope persona on and off the screen. With all of the horsing around, one might think they were best buds. In reality, they had a strictly professional relationship. According to Dolores, Hope's wife, "They lived entirely different lives, but they respected each other and loved working together" (Zoglin 157). Normally this would not be of note, but it is jarring to a public who believed the boys' larger than life friendship on film was real. Outside of charity golf events, Crosby and Hope rarely associated with each other. One reason given by Richard Zoglin, the author of Bob Hope's biography Hope, is that Crosby preferred to keep to himself whereas Hope basked in the limelight. Even when Hope was honored by the Friars Club, Crosby was not in attendance. Zoglin suggests that this may have been a sore spot for Hope, who revealed some bitterness shortly after Crosby's death:


"You know, I never liked Bing. He was a son of a bitch." In all their years of working together, Hope said, "He never had Dolores and me to dinner." (243)

So while the guys may not have had a Bette Davis and Miriam Hopkins style feud, they weren't exactly best friends either. Lucky for us, they playfully dueled on-screen, making cracks about their trademark features...


"Now kiss him on the nose and see if you can straighten that out," Crosby tells Lamour in Morocco. Later Hope imitates a singing Crosby, emphasis on the ears. 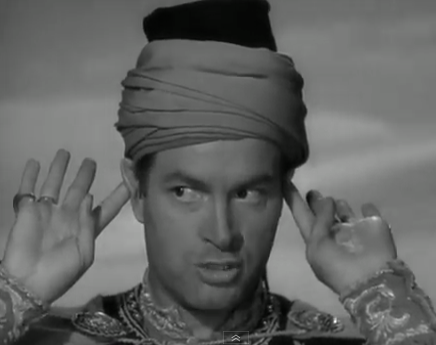 
"Why should he get all the laughs?" Crosby replies in Utopia when Robert Benchley calls him out on using one of Hope's jokes.

In Bali, Hope advises the audience, "He's gonna sing, folks. Now's the time to go out and get the popcorn."

A few more tidbits that add to the idea of Crosby and Hope being dueling divas: 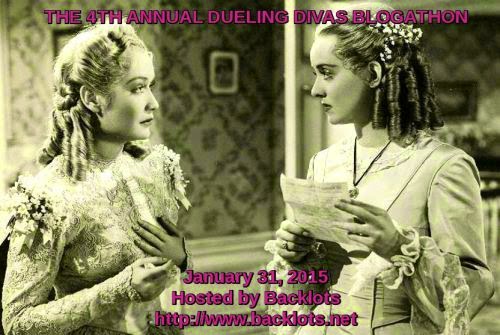 This has been part of the 4th Annual Dueling Divas Blogathon hosted by Backlots. Click here to enjoy a buffet of posts about dueling divas throughout the years.