April and May are busy months in my neck of the woods. While my tweeps are gathering at the annual TCM Film Festival, I am readying students for state testing and our end of the year drama production. May sees me furiously grading papers to meet deadlines and calling or meeting with parents about kiddos who may not make it to the next grade unless assignments get turned in. For the most part, I am on island far away from Tinseltown and its movies, but even the hardest worker is entitled to a brief respite. Here are a few of the movies I caught.


There was no way I was going to completely miss Judy Garland's month on TCM--even if it meant loading up my DVR. I skipped the Andy Hardy movies as they never appealed to me. IMHO, Mickey Rooney's character is an overactive pip squeak. From what I saw of the one film I stayed around for (in the background, so not sure which one), he needs a firmer hand. He's not cute and his apology seems a bit dramatic to be sincere. Poor Judy is all I could think.

*Pigskin Parade (1936) - For some reason my thirteen year old son loved this Judy Garland pic. The tables were turned: I sat through this movie because he wanted to watch the whole film. The only part worth viewing in my opinion was the very young and very talented Judy Garland. (She was fourteen years old when she made this film.) My son enjoyed the role reversal between Jack Haley, who portrays the bumbling football coach, and Patsy Kelly, who portrays his wife and seems more like a football coach than her hubby. He was also into the game, perhaps not yet aware that the star's team almost always wins in the last seconds. As for me, I will not be watching Pigskin Parade again any time soon. 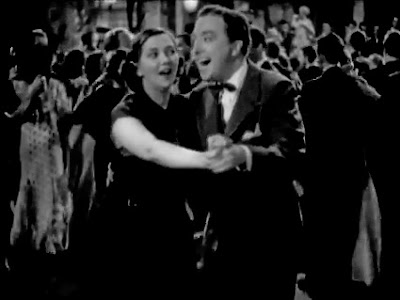 *For Me and My Gal (1942) - It has been years since I viewed this musical. ***SPOILER ALERT*** As always, I felt for poor George Murphy's character when he loses Garland. He is the better guy and the one with whom she should end up, not Gene Kelly's self-centered weasel. (In my mind, Kelly's heroic actions do not make up for what he did to her. I would be fine with him finding happiness with another gal, just not Judy.) The music and dancing are great throughout, but that final scene breaks my heart. Don't worry, George, you can have me. 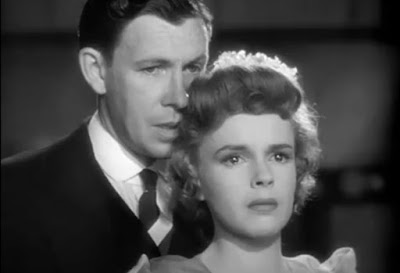 *Little Nellie Kelly (1940) - Judy Garland stars with George Murphy, their second film together (both appeared in Broadway Melody of 1938). I wasn't taken with this one. Not sure why. Maybe my heart went out to George Murphy's character again, who lost his first wife (portrayed by Judy Garland, who also plays his grown up daughter) to childbirth, never to find love again though he is a good man and father. Maybe it was the regression of Judy Garland from mature wife back to teenage daughter--as though you can see Louis B. Mayer's fists binding her, refusing to let his cash cow grow up. Maybe it was the rotten grandfather, who didn't deserve and took advantage of Nellie's unconditional devotion. Either way, Little Nellie Kellie did not sit well with me. 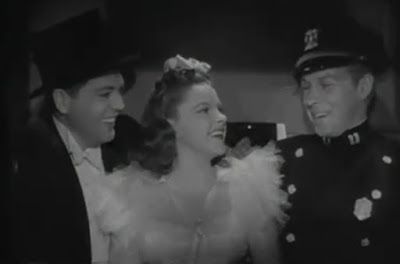 *Presenting Lily Mars (1943) - This film utterly charmed me. Was it because I was reading romantic novels in my spare time and therefore open to light plots? Or just because Judy is cute as a button and how can anyone not love her? Her character is determined to get into show business yet is selfless at her core as evidenced when she puts her brother's passion for collecting door knobs (quirky characterization like this sends me) over her own needs. Her desire to audition for Van Heflin's character puts her in comedic situations that made me chuckle out loud. Much needed. Van Heflin was cuter than I remembered and I was pleased as punch when...SPOILER ALERT...their characters got together. It was also a treat to see choreographer Charles Walters in action at the end of the film. This film will be a part of my DVD collection in the near future. 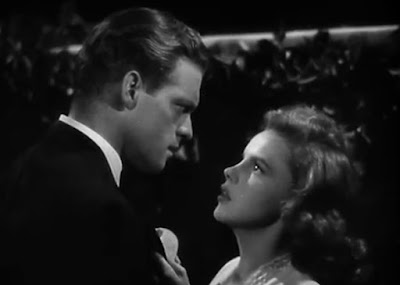 *Till the Clouds Roll By (1946) - Due to work, I was not able to fully immerse myself in this film, but I have viewed it several times before, so I made peace with that fact. In particular, I was looking for Judy Garland's performances of "Look for the Silver Lining," where she effectively emotes hope amidst trying circumstances, and the cheerful "Who?" where she dances with a gaggle of gentlemen. Dinah Shore's performance of "The Last Time I Saw Paris" is also touching, especially knowing Paris would have changed quite a bit for its viewers, who may not have seen the city since World War II ravished it. 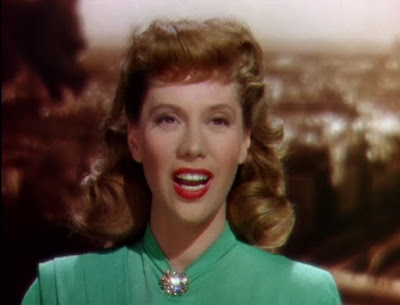 The background images of Paris add to the song's message.


Because I am currently reading Gower Champion's biography, Before the Parade Passes By, I was also on a mission to see Gower's first onscreen appearance. There was only a SHORT glimpse of Gower, which surprised me because he was billed so high in the opening credits. (Granted the names are in alphabetical order, but it still suggests a bigger part.) 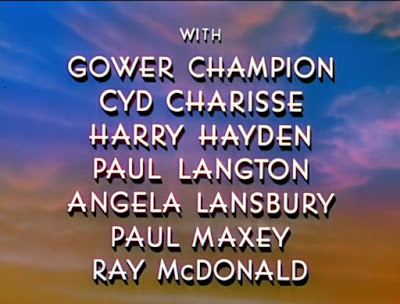 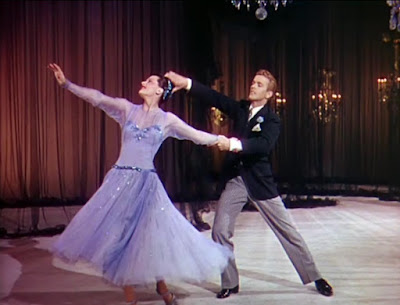 His biography confirms that the number was cut as it did not go over well with the preview audience: "the audience hooted and derided the performer as he waltzed across the screen sporting the bizarre hair." (Gower Champion is a brunette by nature. MGM messed up on this one.) Only thirty seconds of him actually dancing remains in the picture.


*Gentlemen Marry Brunettes (1955) -  I saw this once a long time ago. I remember not caring for it, but couldn't remember why. After all, I absolutely love its sister-film, Gentlemen Prefer Blondes (1953), which made it to my 5 Movies on an Island list. So I gave this one another try. Oops. Unlike Anita Loos' novel, which is a true sequel to Blondes, the Brunettes script involves two completely new characters. Jane Russell takes on a Monroe-like role but without brains behind the exterior. While Russell's impersonation of Monroe in Blondes is humorous, her character in Brunettes wears thin and proves a disappointment after her witty Dorothy Shaw in Blondes. The dialogue lacks imagination, and the plot seems an excuse to showcase a series of suggestive costumes. 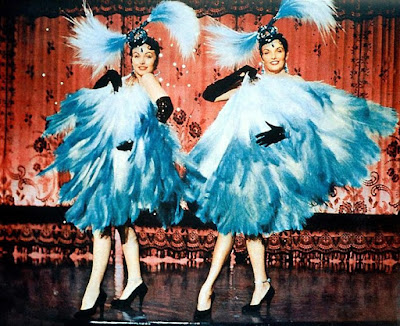 *The Secret Garden (1949) - I spent one of my Sundays with another famous MGM child star, Margaret O'Brien and the film version of Frances Hodgson Burnett's 1910 novel. I was contemplating joining a disability in films blogathon, so my focus was on Mary's (O'Brien) cousin Colin (Dean Stockwell), who is confined to his bed. Within the household, attitudes towards Colin reflect varying beliefs about disability throughout the years. His father (Herbert Marshall) views his son as ugly and cursed, believing he should be hidden away. The housekeeper (Gladys Cooper) pities Colin because of his condition and goes to great measures not to upset him. On the other hand, Mary and the doctor see Colin as a child first and foremost. As such, they believe he should be treated the same as Mary, including being able to go outside. Mary and her friend Dickon (Brian Roper) make this a reality, and the three children privately enjoy the secret garden. 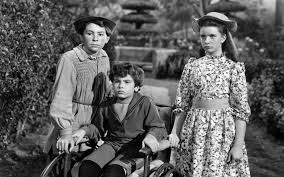 If the part of the story concerning disability ended here, I would be happy, but a final societal view of disability surfaces, one which suggests that true happiness can only be found when the disability is "fixed." In the end, Colin is able to walk and this coincides with his father's acceptance of him. The ending would have been stronger if his father accepted him regardless of perceived ability, but that societal attitude would be decades away.

Gilvey, John Anthony. Before the Parade Passes By: Gower Champion and the Glorious American Musical. New York: St. Martin's Press, 2005. Kindle.
Posted by Bonnie at 7:00:00 AM