And now it is time to wrap up my Career Girls and Marriage series (although the more I watch, the more I want to add--I may need to revisit in the future).

Onto the 60s, a tumultuous time of conflicting identities: 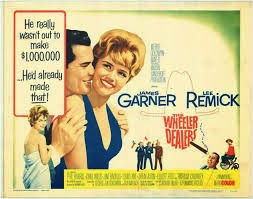 
And with that, the series on Career Girls and Marriage is concluded--for now. Thank you for reading! Please feel free to comment or email me with titles of movies that deal with career and marriage. I would love to explore this topic further and welcome anomalies to the standard Hollywood message.
Posted by Bonnie at 11:28:00 PM