A little late as we are already a few months into the new year, but what the heck, why not? Here are my favorite film finds from 2014:

1) Sunday in New York (1963) - Without a doubt, this is my top find in 2014. I discovered this film on a lazy summer night while browsing through TCM's online On Demand movies. I hit play, and it was love at first sight. 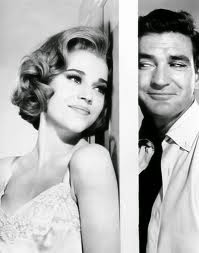 The movie is full of funny lines, excellent observations about double standards of the time (which still exist, IMHO), fabulous style from hair to make-up to outfits, and a couple of hotties (*sigh* Rod Taylor--I'm just sad I discovered Taylor the year of his passing, Cliff Robertson...and for the men, Jane Fonda).  I must have watched the film a dozen times since my first viewing in June or July. Every time it was on TCM, I tuned in or DVR-ed it. By December, I decided I couldn't risk the chance of not having access to Sunday in New York (SiNY) if I was in a SiNY mood, so I broke down a purchased the film.
Click here to see Classic Reel Girl posts which discuss SiNY.

2) Lydia (1941) - Another total accident film viewing. The movie sounded somewhat interesting, so I DVR-ed it. I wasn't even sure that I would end up watching the movie. I am so glad I did. 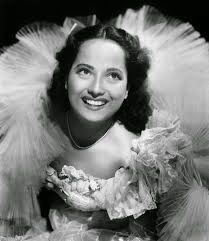 What I discovered was a film that possessed more depth than what the description declared. In fact, the film overview on the TCM site is inaccurate. The site states the movie is about "An unmarried woman [who] stages a reunion with former suitors to recapture the romance of her past" when it is actually one of her suitors that stages the reunion in hopes of discovering the man she has truly desired all these years. What unfolds is a journey that teaches us about the danger of devoting oneself to a memory as it is subjective and therefore often inaccurate. What a find! I truly believe that if the description was corrected, this film would find a larger audience.

3) Vacation from Marriage (1945) - I watched this because it was one of Robert Osborne's picks, involved WWII, and featured marriage. I was not disappointed. If I was still a young, single gal or freshly married, I might not have appreciated this film as much as I did. But given that I have been married for quite awhile, I understand and empathize with the characters. I liked the message and thought both Deborah Kerr and Robert Donat gave excellent performances. Bonus: Glynis Johns, who played the mother in Mary Poppins, has a supporting role. 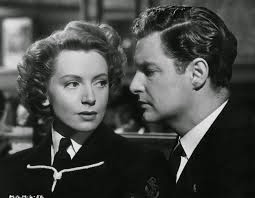 Click here to read more about Vacation from Marriage.
4) Beauty for the Asking (1939) - This was an exciting find. The film features Lucille Ball in an early starring role, and she is outstanding in it. 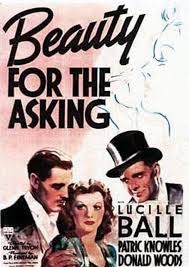 Most of us grew up knowing her as a comedienne, but this proves she can act too. I didn't always agree with the message of the film, but I appreciated the insight into the '40s woman's mindset on beauty, which--if we are honest with ourselves--doesn't differ that much from us today. Beauty is still important in our society, and what we will do for it is often outrageous.
Click here to read my post on this film and its relation to the message about beauty.

5) Female (1933) - I believe in fate. The next two movies on my list are perfect examples of it. I was working on posts analyzing career women and marriage in the movies when lo and behold, this film and the next appeared in the TCM lineup. (Are you getting the sense that I'm a TCM gal by now?) In addition to the main character being a strong woman in ways I had not been accustomed to seeing before--at least not in black-and-white, the main character has some killer dresses. 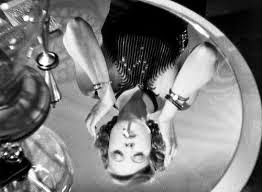 The ending was a bit of a let down, but still worth the watch. 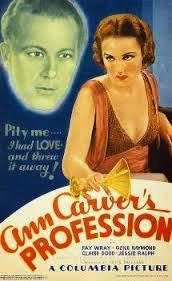 This is the other half of my '30s career girls and marriage post. The film is worth the watch if you are interested in seeing a strong working female character...well, for the most part. The acting is a bit stale, especially Gene Raymond's (who plays the title character's husband). In true Hollywood fashion of the era, the working wife must give up her profession for the good of her hubby. Still, the film is an interesting commentary, though a patriarchal one, on the struggle of working women who were married.

Click here to view my posts on 30s Career Girls and Marriage.
Posted by Bonnie at 6:00:00 AM