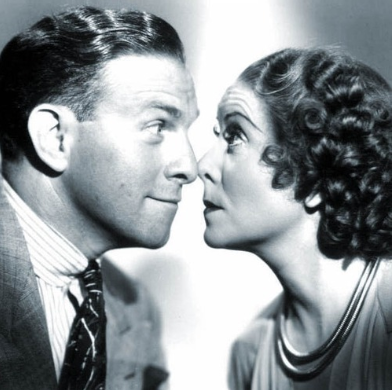 They may not have the onscreen sizzle of Bogie and Bacall, but for my money George Burns and Gracie Allen take the cake for the most romantic, enduring Hollywood couple. I know, I know. Unusual choice, but bear with me.


George Burns and Gracie Allen first paired in 1922 when both were in need of a new partner for their vaudevillian act. A mutual colleague suggested the partnership. Match made in heaven? Not at first. They weren't a hit until George decided to switch up the act and let Gracie get the laughs. Although it takes two to make a double act work (the straight man and the goof), George always gave Gracie credit for the success that followed--a testament to how much he loved and admired her. Their pairing didn't exactly yield love at first sight though. Burns had a crush on Allen, but she was in a romantic relationship with another performer. Eventually George convinced Gracie to marry him, and on January 7, 1926 they began their greatest partnership to date. As husband and wife, they conquered radio, movies, and television in addition to vaudeville. 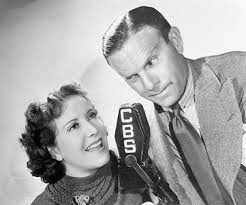 When Gracie could not conceive, George agreed to adopt two children (see my Adoptive Fathers post for more on that). Their marriage lasted 38 years until her death in 1964. However, that was not the end of their romance. Their love endured beyond the grave. Forget poetry, George wrote a book, Gracie: A Love Story (1988), devoted to the love of his life. George never remarried. He visited Gracie's grave at least once a month to discuss the latest news, tell her a joke, or ask for her advice. When at last it was his time to go, he made arrangements to ensure that her name came first on the crypt--he wanted her to have top billing. 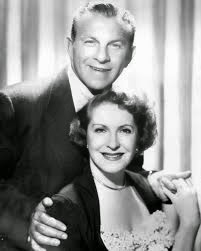 Burns and Allen--Love doesn't get much better than that!

Email ThisBlogThis!Share to TwitterShare to FacebookShare to Pinterest
Labels: Behind the Scenes, George Burns & Gracie Allen