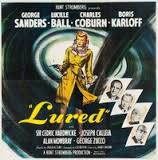 It was killing me to dance around spoilers in my last post, but the film is a whodunit and respect is due to those who like figuring out the murderer on their own.

If you have viewed the movie, don't give a snit about spoilers, or just like wild film theories, please read on.

By the way, TCM will be showing Lured again on Thursday, December 3rd at 8 pm EST as part of its George Sanders birthday tribute. You could always view it and then come back. ;-)

...So my film theory goes with the homosexuality claim that I put out there but couldn't back up without spoiling the movie for CRG's readers. I know my theory may sound wild to some, but I'm just going to go for it. In the words of a beloved character from another movie, "Damn the torpedoes! Full speed ahead!" 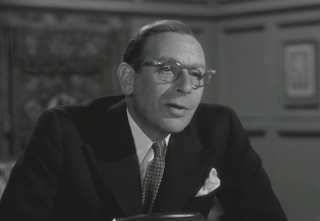 Julian (pictured): Splendid, Robert. There isn't an entrepreneur in London that can hold a candle to you.
Robert: There's no partner in the world like you when appreciation is in order. 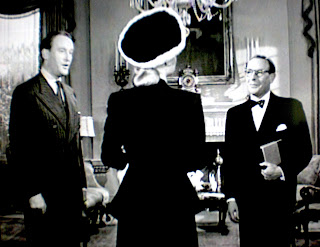 Sandra: If our marriage is gonna make your best friend homeless, the deal is off. 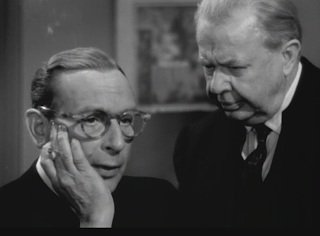 Inspector Temple (Charles Coburn): You're in love with Sandra Carpenter.
Julian: Yes, I am. 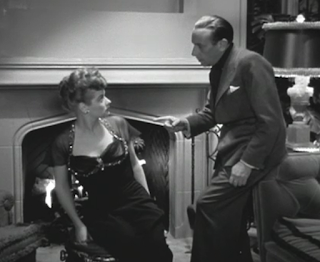 Julian: There are so many things I want to say to you, Sandra, but Robert would never let me say them. He hates me--did you know that? He always hated me for my thoughts because I'm cleverer than he is. He couldn't manage without me, that's why he hated me. He always laughed at me and flaunted his sweethearts. He thought he was going to have you too, didn't he, Sandra? But nobody can take my sweethearts away from me. My beautiful Sandra. I'm going to have you now.


What really happened according to Classic Reel Girl...


I'm not buying Julian's confession--at least not at the surface level, you know, the level that is put out there to get past censors. His murders are the result of unrequited love all right, but not for Sandra.

Let's look at that confession again. The "things" Julian wants to say to Sandra have less to do with Sandra and more to do with his love for Robert. Julian says Robert "hates" him for his "thoughts," yet "couldn't manage" without him,  suggesting that Robert is struggling with both his friend's homosexuality as well as his own. Robert's solution to inner conflict? "Laugh" at Julian and "flaunt his sweethearts." Naturally, Julian is pissed at the female species because they keep taking his man away. His reaction? Not so natural: murder young, attractive women in lieu of the sweethearts being flaunted in his face.

With Sandra in the picture, though, all hope is lost that Julian will ever permanently hold a spot in Robert's heart, which is why this time Julian directly strikes the object of his affection. Per Julian, "But nobody can take my sweethearts away from me." More directly stated: nobody is going to take his sweetheart Robert away from him. Fortunately for Sandra, Inspector Temple intervened before Julian could murder her. Not so fortunate is the rude awakening Sandra is in for long after she has married the conflicted Robert.

Otherwise, Julian murdered eight women because--as Inspector Temple puts it--he is "afraid to meet women openly in the presence of others" and "has no brillant approach to a social existence" thus engages in "incredible fantasies" and "grotesque ideas of romance" in which he "finds his pleasure in destroying beauty rather than in making love to it." To me, Temple's theory is more far-fetched than mine. Sounds like overcompensating in order to hide the obvious.

So what do you think? I would love to hear CRG readers' thoughts.
Posted by Bonnie at 6:00:00 AM