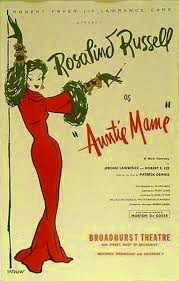 I'll be honest. Auntie Mame (1958) is not part of my annual holiday lineup. I prefer to save this film for a day when life has got me down, and I "need a little Christmas," as Mame of the musical version would say, "Right this very minute!" Maybe subconsciously I know this is how Mame would intend her film to be used--should characters be able to hop the fourth wall and converse with their audience.

Nonetheless, this year Auntie Mame (Rosalind Russell) keeps popping into my head. I desperately wanted to finish an email reminder to read over Winter Break with Mame's famous line, "Life's a banquet, and most poor suckers are starving to death!" I refrained, knowing that most parents and students would not get the reference and might focus too heavily on the "sucker" part. Here, however, I can share the line and know my readers will delight in the line as I do. Mame's advice is wise--there is so much to learn if only one opens his/her mind (or for the purpose of my email, opens a book) and applies his- or herself.


Again, Auntie Mame came to mind when I read a comment about how boring white people are. In trying to understand where this stereotype might have stemmed, I thought of Gloria and her family who are overly concerned with appearances and being associated with people who are "top drawer." 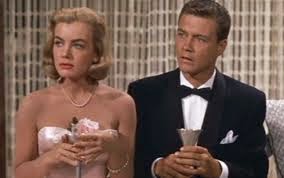 This is the image of white people the commenter may have envisioned when making his/her observation. Mame, on the other hand, is anything but boring. Unlike Gloria, whom Mame refers to as a "woman with braces on her brains" (ha!), Mame and her ultra quirky crowd of artists speak different languages, play pianos upside down, and own pet monkeys. They follow off the wall philosophies and take life's adventures as they come. They live! Live! Live!

Finally, I think of Ms. Mame each year as I hang up the angel ornaments that belonged to my husband's great grandmother, Mamie. I hope someday when I am a grandma (God willing, not for fifteen years--at least!), I too can live up to the name of Mame. Although I doubt I will ever be the extrovert Auntie Mame is, I would like to think I have a bit of Mame in me already, living by Mame-ish mottoes. Live life to the fullest. Never be afraid to try something new. Open minds to new adventures.


Live! That is the message. Life's a banquet, and most poor suckers are starving to death!

As the year comes to a close, it would do us all well to reflect on Mame's words. Life is fleeting, so let's get the most out of it as Mame did and with as big of a heart as she possessed. Here is to Mame!  Cheers! 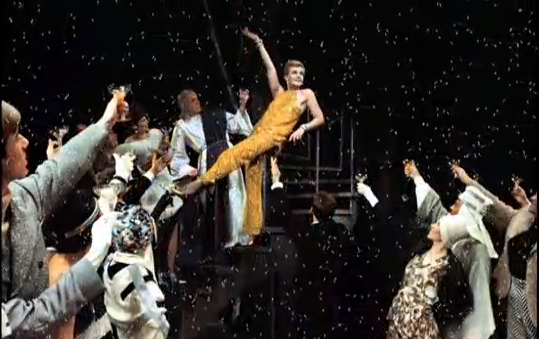 For fun, a few famous Mames:


"We Need a Little Christmas" as sung by Angela Lansbury 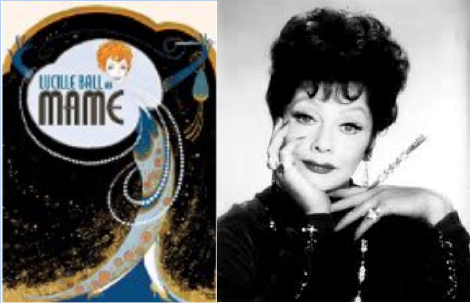 Lucille Ball also played Mame in a movie musical remake (1974),
but did not fare so well. 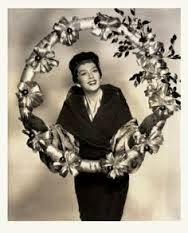 And the great Rosalind Russell.
Merry Christmas!
Posted by Bonnie at 10:09:00 AM